March 20, 2016
Simplicity is king. We’re so used to sound-bite, short-form, headline-hungry, click-bait that we don’t seem able to deal with stuff if it goes beyond 140 characters. If there’s no image, vid or gif you can forget it.


Never have we had so much access to information and so little use for it. In my kindlier moments I think we’re paralysed by choice but generally I fear that everyone’s too lazy to dig beneath the surface.


We’re time-poor and overburdened with options, only the attention-grabbing and emotion-stirring manages to cut through. If we’re not provoked into rage that stirs an angry ‘click and share’ moment, then we just move onto the next outrage or pacifier. I’d like to be more involved but LOOK there’s a cat with huge eyes.


In these conditions the loudest and brashest thrive. Keep the message simple and shout it with enough confidence and you can’t fail. It’s an ecosphere that positively encourages the bully. In the home of the brave and the land of the free they’re proving this point so emphatically that few of us can have failed to notice.

Even in the last UK elections the content seemed to matter far less than the delivery. The Tories took advantage of our low attention spans and played to our prejudices, repeating pre-programmed mantras ad infinitum. They ran scared of debates but it mattered little as the bulk of the dead-tree media pandered to their narrative. ‘Yes, Mr Osborne, we do need some more of that nice austerity, thanking you kindly sir’.


Bullies surround us, and we love them. We can’t get enough of them apparently speaking their mind and pushing others around. Jeremy Clarkson punched an innocent co-worker for failing to meet his unreasonable demands and got a million signatures in support. People might argue that it’s the strong leaders that we like but strong, dominating and oppressive appear to be pretty close synonyms.


So we have Donald Drumpf telling it ‘like it is’ and saying ‘what he thinks’. Unless you believe that, like all politicians, he’s not actually saying what he thinks rather saying what he thinks you want to hear, saying what you want to believe. The culture of fear is thriving; it seems to be the only thing we understand. He can spout nonsense about ‘making America great again’ without specifying exactly how that will be achieved. As if building a wall between America and Mexico is enough to kick-start the economy and stop immigrants taking jobs that no-one else wants. It’s not that simple but if you want someone else to blame…….


Similarly here we can’t have a proper debate about the EU referendum because we don’t have the facts. The ‘out’ campaigners seem to think that a negative vote instantly restores our fortunes and closes the borders, it’s pretty clear it will not. Meanwhile the Prime Minister can avoid serious questions by mocking his rival’s clothing; a Bullingdon bully dodging the debate yet again. Corbyn thinks that intelligent argument and rational thought will win but such concepts rarely survive the bear-pit and mob-rule mentality of the Commons.


Taking benefits from the less-able to give them to big business is classic bullying.  Failing to properly negotiate contracts but imposing them anyway is also bullying. There are countless examples but the electorate seem oblivious. We seem to like Tories because they hint at an aspirational lifestyle to which we all aspire; we all want to be rich. It matters not that trickle-down economics has failed us or that an equal society is a myth. They only look after their own and the empirical evidence suggests that few of us will become one of them.


We just like a bully. Gordon Ramsey shouting at the hapless? We love it. Alan Sugar (or Drumpf) mocking and sacking some ingrates? Give us more. Perhaps it is embedded in our psyche, our long-held formative memories from school where the bullies always had allies and girlfriends or boyfriends. The nerds had neither.


The people we vote for, they’re not meant to be bullies, they are meant to serve us. They’re elected to do our bidding. I sometimes think we forget this. As most of us only skimmed the details and barely heard anything through the noise, they seem to think that they can get away with whatever they like with their loose mandate and in the name of vague adherence to a manifesto that no-one read.


We like our bullies, we’ve been ruled by our upper-class masters for 42 of the last 70 years, it proves we must do – or perhaps we know our place and we know no better. 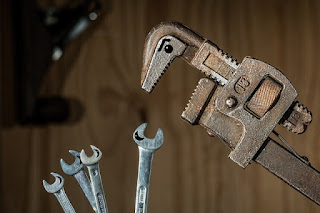