Post-truth politics, rise of the clowns

October 20, 2016
There are lies, damned lies and politics. We have arrived in the age of deceit, where elected figures now behave in the exact ways their worst critics always alleged that they were capable of. Distortion and twisted interpretation are no longer sufficient, politicians have learned that they can use blatant lies to suit their aims and that there will be no repercussions. It’ll even get them elected or promoted.

It’s very dark out there, bleak in fact. Where do we go from here?

Envisaging a world where our leaders are so divorced from reality that they believe their own blather means we’ll end up with legions of Trump-a-likes. Cartoon characters who dominate the media because they say outrageous things and polarise opinions.

Sometimes it’s hard to believe we live in a civilised society, the evidence firmly suggests otherwise. Our representatives in power bicker over who can be the most extreme, pandering entirely to a small section of society who once lodged a protest vote because they have no understanding of the real world. Rather than rise above it, they embraced the distraction and relished the opportunity to blame someone else. Claimed it as a mandate when it was the scarcest majority, influenced by distortions and lies.

Once we leave the EU and barricade all ports and other points of entry, who will we have to blame? Our Governments are so short-term in their thinking that they’ll no doubt have engineered another media-dominating crisis for us to argue over. Perhaps the Russians are coming, the ones that don’t already own all our property. I wonder if we’ll expect an EU Army to defend us?

We’ve allowed this to happen. Giving our attention to legion upon legion of scare-mongering prophets of doom declaring the end of times without ever being challenged on the actual facts. These grey blaggard under-achievers getting in our heads with their insane and inane ranting, blurring the boundaries of truth because they were never anywhere near it.

We’ve already moved so far from reality that we will have trouble finding our way back. Once upon a time there were joke candidates on ballot papers, like the Monster Raving Loony Party. Now they’re all raving but it’s harder to tell the real ‘loons’ from the criminally deluded. 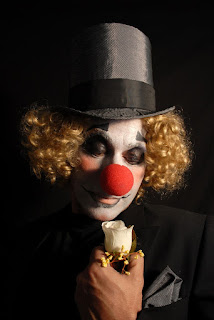 It takes special skills to ignore all expert advice and relentlessly pursue your own agenda, particularly when that route is to the detriment of those whom you are elected to serve. To additionally make public that you’re avoiding the ‘experts’ because they’re the wrong nationality or we’re all bored of them shows breath-taking arrogance.

We exist in a headline-based, soundbite news vacuum, an echo-chamber of repetitive vapidity. It’s acceptable to the majority because we don’t care enough and each have our versions of perception bias. We only identify with the news pieces and opinions that already reflect our own and gravitate to individuals with those sympathetic viewpoints.

Never have facts been easier to check or fewer people willing to bother.

It often seems pointless to argue since no amount of ‘logic’ appears to change a staunchly held opinion. Witness the women standing up for Trump, arguing that he ‘loves women’. I’m sure he does, in his own unique and manipulative way.

I have long argued for evidence based politics and been called naïve as a result. Numbers can be crunched quicker, analysis and expertise has never been more available but still we pursue empty sloganeering and point-scoring policies.

This is the era of post-truth politics: where the packaging is the most important factor.

In Britain we can blame a weak opposition but when people have a slapdash attitude to facts, how can they win? In an endless blame-game is anything actually achieved?

Our chosen politicians can spout a few passages of bile and as long as it resonates with a section of the population it’ll be enough. No-one will hold them to account anyway, not in this election or the next.

Take a few pointed examples. Why did people vote UKIP members to the European Parliament when their expressed intent was our absence from that organisation? Why did UKIP members pick up those salaries when they’re opposed to the ‘wasteful bureaucracy’ of the EU? We’re blind to even the most obvious hypocrisy like Trump’s ‘Make America Great Again’ merchandise, manufactured overseas. Wake up!

Logic has no place here, contrasting opinions will not be heard. When a crisis emerges they’re obscured by smokescreens like grammar schools, things for which there is no mandate, no budget, no need. Dominate the news agenda with something new and controversial to avoid any analysis of real issues, not that it was forthcoming anyway.

We have some real issues in the UK, everyone is avoiding them. Let’s just pursue the path of least resistance and make no positive or hard-thought choices. Deal with the here and now and don’t think about the future – we don’t own it anyway; our souls are sold to the lowest bidder. Remember to turn off the lights on your way out. 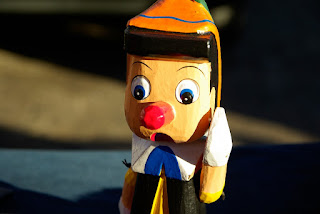