It’s all catching up

September 25, 2017
There’s a lot to be said for ‘letting go’. In my intermittent pursuit of self-help, I’ve read a lot about it. Forgetting the mishaps and flaws that drag you back is invariably good advice, you can’t change the past so why dwell in it?

If only it were that easy. Our characters are created by the melting pot of our heritage and experiences, we can attempt to banish some bad bits but they are inevitably part of who we are.

My perception of the path I pursued to get to this point begins in the early 1980s. A regular gig-goer and avid reader I tried to combine my passions by writing about music. I started scribbling some thoughts for a monthly paper called Brum Beat. They seemed to like what I did – or just needed someone to help them fill the pages – and consequently I became quite prolific. 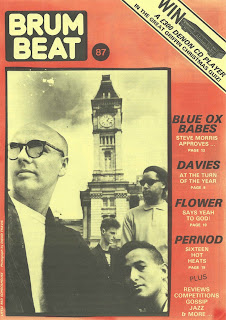 It got me into a lot of gigs and provided a physical and mental escape from a desk job with Sandwell Council that wasn’t much more than a means-to-an-end existence. I didn’t have the greatest grasp of English but I was eager and driven to emulate the music-writers of the time that I liked: Paul Morley, Julie Burchill and their ilk. I was deluded.


My ‘style’ might best have been described as acerbic, if I couldn’t educate then I wanted to entertain and I vaingloriously believed I could act as an arbiter of the Birmingham music scene. Helping people to avoid the dross and find the great acts, of which there were many.

With the limited words available to each live review it became a case of hype or hate. Some of the latter reviews were easier to write, it was fun to be caustic.  The approach I took was to try and describe or desecrate, lauding the acts who appealed to my tastes or I could see succeeding in the wider world. The casualties of this were the bands I didn’t like, or understand.

My terms of reference were undoubtedly limited, in some cases the acts had a much wider world-view and a far more varied record collection. I was undeniably harsh on some of them, brutal when I should have been constructive. I possibly thought I was being of service to casual fans of Birmingham’s burgeoning music scene or saving them from their nascent misguided dreams. I was most likely a twat. 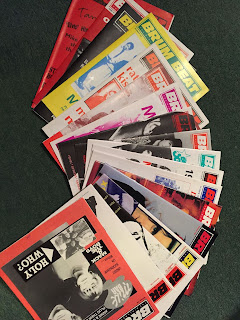 There were occasional confrontations with those I’d slighted. Birmingham may be the UK’s second most populous city but its music scene was centred around a few venues and I’d inevitably bump into a few musicians I’d denigrated. Embarrassingly it never deterred me, it may even have emboldened me. I was clearly a twat.

In the years that passed I progressed to promoting and radio and became a lot more forgiving. At least I think so, although not booking or playing acts you don’t like is probably worse than slagging them off in print. At least they get some reference in the latter.

Since then, for the most part, I haven’t given it too much thought. I can’t rewrite any of it, I can barely remember most of it. Occasionally though it does catch up with me. Facebook has provided a reunion (at least virtually) with many people from that era and there are numerous pages dedicated to the ‘scene’ of years gone by. Nostalgia is a booming business.

There are also random other occasions that I’ll cross paths with those who kept at it. I never know whether to apologise or atone, or pray that their memory is as bad as mine. I hope that I’m gracious and penitent, probably though I’m still just a twat.

A selection of the slighted