April 20, 2020
I’m in awe of anyone who can raise over a million pounds for any cause. Raising over £20 million is quite staggering, and inspiring. It also proves a few things, one of which is that the best ideas are simple and organic. No one would have imagined that Captain Tom Moore could do this by strolling back and forth in his garden but the individual and the cause were a significant driver at a time when the country is desperate for good news.

It also possibly proves that people are willing to give more of their own ‘hard-earned’ when they can see where it’s going. This is a wider topic that I don’t have the time, or intellect, to cover but it should provoke a conversation about transparency in Government spending, part of which was discussed by a recent Freakonomics podcast. Would we hate taxes less if Government was more open about where every penny goes?

As we saw with the Brexit vote, the details of specific spending can be manipulated to bend opinion, perhaps it’s time they were used more positively? Public spending is a political battleground, one from which the concept of austerity was born. Too few people understand it and the ruling forces appear to prefer it that way.

The reason I feel that these topics are conjoined, albeit in my own clumsy and convoluted way, is that Captain Tom was specifically raising money for the National Health Service, a publicly funded body. The NHS is not a charity. It caused me to wonder how you actually donate money to it, which led me down an entirely different rabbit hole.

There's a potential need for disclaimers at this point as the concept of questioning someone’s goodwill feels distinctly and ironically uncharitable. This is not negativity; this is a ham-fisted attempt to resolve my curiosity and raise some questions. I am not entirely disengaged from this topic, having an ongoing involvement in a charity raising funds for research into childhood cancers and supportive care. I know a bit about charities and how difficult fundraising can be.

Charities in the UK are registered and ‘monitored’ by the Charity Commission.
To set one up you have to go through a process of registering the people involved and defining the cause and the methods by which you are supporting it. This is a safety net, albeit one with a few too many holes.

The bigger the charity, the more cumbersome the infrastructure and the processes by which the causes receive their cash. Not to mention the % of the money that makes its way to the desired source. I’m not about to criticise the healthy renumeration given to some charity CEOs as I think people deserve to be paid on experience and results, it’s also not the easiest of jobs. Whether there are too many charities jostling for space in certain cases is quite another matter. You already know the names of the major players – Oxfam, Age UK, NSPCC, etc – but there are many thousands of charities in the UK including several for each of the ‘popular’ causes. In 2014 there were reported to be over 2000 different charities in the UK supporting the armed forces and veterans, which is absurd by any standards. 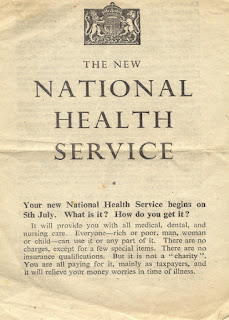 Captain Tom’s £20m+ is heading towards NHS Charities Together which is an umbrella organisation supporting 140 separate charitable organisations that contribute to the NHS. In itself this is both vague and confusing. The members are listed here and you can look into each one but it often doesn’t become much clearer. How do you put money into the NHS to ensure it is used in the right way?

NHS Charities Together is a cause célèbre at the minute with many ongoing campaigns, it is rightfully seizing its ‘moment in the sun’ but do those who donate to it actually understand where the money goes? I followed a local link to try and clarify it, but unfortunately turned up a 404. On a couple of other sites I delved through multiple pages without finding any clear information. Luckily Birmingham Children’s Hospital is a member and a lot more organised, it has a working page describing where their funds go and detailing that a very reputable 70p in every pound raised goes towards medical research, new equipment, building new or refurbishing existing buildings, and staff and/or patient education and welfare. This brings back an earlier point – the NHS is not meant to be a charity, our taxes are meant to fund these things, the more we leave it to charity the less the government will allocate.

Similarly, whilst acknowledging the incredible work of BCH and not singling them out as others are arguably much worse, if you equated the 70% to Captain Tom’s £20m, this would mean that £14 million goes to the NHS and £6 million is lost in admin. To donate to Tom’s fund, you also go through Just Giving which is a very useful portal for charities but also a profit-making company that has yet to reveal how much it has taken from this process.

In the USA they have a charitable organisation called Charity Navigator that evaluates the work of US charities. It rates each one with a star system which is easier to understand than trying to work through the UK’s Charity Commission. It also has an illuminating ‘top ten’ of the worst offenders, where the % of money paid out to ‘the cause’ is way below what it should be. It’s unknown whether it’d make much impact when a cause or fundraising stunt takes off in the way that this one has, but it’d be far better than what we have currently – which is no easy way of knowing how reputable a charity is.

There is no question that giving money to charity has massive benefits to both the giver and receiver. Some charities are more efficient than others but all of them are launched with the best of intentions. There is a clear and obvious need for many charities, but it should never be to take the place of public spending. The NHS was not set up to be, and should never become, a charity.