Someone only we know 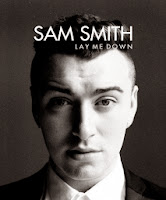 Sam Smith and John Newman are quite similar. To put this another way, they’re not sufficiently unique that their physical and stylistic similarities will allow me to distinguish one from the other. I’m not interested enough to make the distinction, this should be a warning sign for record labels and those people involved in their careers – particularly Smith’s as he’s launching later than the quite established Newman. 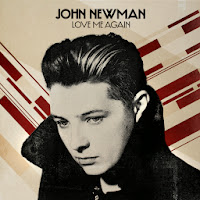 I can accept that their vocal style and material is different but I’m not entirely sure it’s enough. They both launched/broke via collaborations and they’re vaguely in the mould of Plan B’s Strickland Banks material which itself draws on soul singers of the past of course. The way that the world works these days you won’t be surprised to know that a Google for John Newman offers you Plan B as a similar search/artist whilst a search for Sam Smith offers John Newman……..

The music industry has history in this area of course. Any breaking act or trend is very quickly replicated in a grasping attempt to create a ‘scene’. How many identikit female soul singers did we get in the wake of Amy Winehouse’s success? Did Britpop really exist or was it all an industry construct to capitalise on Oasis & Blur?
It’s the type of ‘brand confusion’ that you’d expect from supermarkets trying to replicate the packaging of more established products.  This leads itself to cruel rather than favourable comparisons, who’d want to be known as the Tesco Value version?

It’s also relevant as the music industry doesn’t tend to outspend the larger consumer brands so any confusion is detrimental to all parties. If people don’t know which act they’re listening to how do you expect them to buy the tracks?

My thought-process on this was heightened by a couple of instances. One was the news that Lily Allen’s version of Keane’s Somewhere Only We Know is the most Shazamed or tagged song from an ad this year. The number of tags – over 115,000 – is massive considering the ad has only been aired for a few weeks. Having an interest in music and the business generally you tend to think that people already know these songs and would identify the artists, clearly the opposite is true.
The presence of a song in an ad so widely anticipated and viewed obviously helps it (and the artist) to attain massive profile, reaching a far wider audience than presence on radio, YouTube and elsewhere would ever achieve. It still doesn’t mean that people can identify the song or the artist though, for every Shazam tag how many people like the track but can’t be bothered to find out more about it? How many people have no idea what Shazam is?
As the industry contracts and consolidates there seems to be a great tendency for established acts to only reach out to existing fans, using direct channels they can easily activate. On the whole this makes sense; it is a rational use of a probably-small budget. Unfortunately it’s hard to measure how many potential purchasers you might miss by this method.
I’ve come across a worrying number of releases recently that I had no prior knowledge of; this is despite having an interest in the acts that recorded them. It had the effect of making me feel somewhat out of touch but then I wondered how exactly I would’ve found out. If I don’t follow the act on Twitter or Facebook, if I don’t see them on Jools Holland (or similar TV shows), if I don’t see a review or ad in the press or online media I read, if the new material doesn’t get played on the radio stations I listen to or Spotify and YouTube don’t flag it up to me I’m never going to find out. If something only gets one review or one play/appearance it makes it very easily missed.
You think everyone can be reached on a database or via paid-search but that's simply not true, we are all on so many databases and assailed by so much information that we take less notice, things get missed. These methods fail to take or pay attention to the casual fan the person who isn't a stalker but still might buy your music. I don’t have a solution but there is definitely a problem. I’m more interested in new music than most people, so if I can miss things I fear it multiplies that possibility in the wider population.
In my industry we’re all so busy narrowcasting to reach the devotees that we’ve stopped mass marketing. It’s the latter that enables any cross-over to occur, for artists to reach the next stage. If it isn’t going to happen then we at least need to be clear on the identities, brands and images we do highlight, the confusion doesn’t help matters in the slightest.
brand confusion brands John Newman marketing music music industry musicians record labels recorded music Sam Smith Shazam spotify