After the screaming stops, everything stops

The Bros documentary, After The Screaming Stops, which was screened by the BBC over Christmas, is almost unique as a piece of cultural and social history with additional psychological interest.

Naturally, that’s not what draws you in. Instead you’re beguiled by a voyeuristic glimpse of diva-esque pop drama and sibling rivalry with the promise of real-life ‘The Office/Partridge’ moments. I hadn’t even intended to watch it but the social media furore made it irresistible.

I’m as much a voyeur as anyone else, I particularly enjoy seeing self-importance ridiculed and egos pricked, so I was initially enraptured but eventually began to see the deeper relevance to modern culture and mental health issues, realising how very little has changed.

With ATSS you could see how that self-importance is developed and enabled by the music industry. In one of the more dramatic arguments that festered in a crowded rehearsal studio the brothers went at it while everyone around them looked at the floor. The session musicians wouldn’t intervene for fear of being accused of taking sides and potentially losing their presumably well-paid gig; the surrounding family and management were equally reticent.

When you’re a star no-one questions you. If you’re a star at the young age that Bros were that can easily lead to personality flaws, an inability to know how to interact with co-workers or normal people. For these guys it goes on, as was evidenced by promoters in Vegas favourably comparing Matt’s residency there to Frank Sinatra. Is it any wonder that self-importance and ego runs rife?

It’s well known that in successful bands most other members hate the singer. When that frontman is also your brother there’s an added bit of family strife to factor in. Everyone needs a focal point for their irritations and Matt played that part beautifully.

Luke had genuine grievances that were persistently ignored. All the industry needed him to do was look pretty, be a foil for Matt and an essential part of the marketing – ‘who’s your favourite brother?’ He recalled the excitement of turning up at the studio for the first time to record his drum parts only to find that the producer had already programmed them in. Is it any wonder that he carried a grudge? 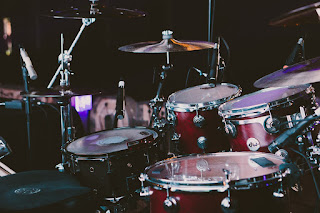 Showbiz has a history of developing stars and casting them aside. When they’re no longer economically viable they’re history. As Luke told it he was dropped by their management company the day after the band split. Presumably the management knew that only the singer is the star, they had no interest in what the drummer did next. If the story is true, there is the added dynamic that it possibly occurred to demonstrate their support for Matt, to hold onto the cash cow.

At that point, like many others in his position, Luke was famous and isolated. His entire support network vanished, with the potential complication that he couldn’t turn to family as they’d be reluctant to pick sides, not that they’d be expected to understand the stresses of fame. The industry has a greater responsibility for these young, vulnerable individuals. Luke is living proof that the damage runs deep.

Conspicuous by his absence was the third member of Bros, Craig Logan. Craig was not in the name or the frame and never mentioned by Matt or Luke in the final cut. No doubt he’d experienced enough in those few years to contemplate joining the reunion shtick. Plus, he’s still in the industry and would be reticent to tarnish the reputation he’s subsequently built. He made the right choice.

Obviously, it’ll be remembered for being littered with incredibly funny quotes that you can’t help but hope were deliberate. Matt had a seemingly instinctive knack for absurd, semi-philosophical one-liners in the vein of David Brent. Most have spawned their own memes leading to the viral success of the film.

All documentary makers are conscious of the Spinal Tap moments, particularly in music docs. That the genre is littered with ‘Tap-isms’ is as much to do with the essential truths mocked by Rob Reiner et al as the fact that they are now actively sought in the edit suite. Tap’s mini-Stonehenge set piece had an echo in real life and was replicated in ATSS when Matt marvelled over the ability of the on-stage screens to re-create pyrotechnic effects only to be told that it actually was pyro.

It is only on iplayer until the end of January, everyone associated with the industry, and artist management in particular, should watch it. Anyone interested in psychology and fame will find it essential, it is both entertaining and educational and that is a rarity.

Phil said…
Great write up that highlights the how these guys got to be the guys we see today, I’m sure all boys bands through the years experience the same sort treatment once the screaming stops, the music industry doesn’t like the norm it’s all about the talent, and as your rightly mention a drummer although talented isn’t unique, and can be replaced or written out of the whole picture if needed, with the frontman it’s alittle more difficult, the programme it’s self was bursting with Tap and Brent oneliners, I had to google to check it wasn’t a mockumentary and then watch again, it’s even better the second time around, because you know those words are coming so your ready to experience the idiotic - just let that nonsense wash over you and enjoy it without pressing rewind to check if he really did say Stevie Wonder is king. “I made a conscious decision because of Stevie Wonder not to be superstitious.” or “Epitome, which I believe is Latin for abstract.” It’s simply brilliant and should be seen as their best work...
January 7, 2019 at 8:50 PM

Wicked Things said…
Just watched on a plane yesterday. Thanks for articulating the way I was feeling about it.

PF said…
There but for the grace of God indeed.

I need to get around to that second viewing. I think all pop bands should be forced to watch it and consider the implications of how the industry works.
January 8, 2019 at 12:11 PM