October 02, 2020
As students were casually imprisoned on their return to campus last week, the coverage may have provided some with their first opportunity to witness the living conditions of the average student. The two locked down Manchester halls contain up to 1700 residents, each inhabiting some variation of a basic micro living space. For this privilege they ‘pay’ approximately £150 per week. I put ‘pay’ in this way because although money does change hands it’s not always transparently clear where it originates. Since student grants gave way to loans in the UK, the last 30-40 years of university financing have become increasingly murky. This Wikipedia page gives a valuable insight into the timeline of the transition but can do little about the reality it has created.
There is a compelling argument for education as a basic right as it is in many European countries but that’s not my immediate focus. I am substantially more concerned that we are sitting on a time-bomb of debt without giving much thought to whether it has created value or improved our country. I am even more concerned that student loans enable a spiral of greed and prop up fragile local economies which are increasingly vulnerable should the system implode.
Cities like Coventry have witnessed a building boom in purpose-built student accommodation that accompanied the rise in HMOs (homes of multiple occupation) also let to the student population. All of this exists only due to demand and the knowledge that the funds are available, largely because of student loans. The knock-on effect is clearly in the deficit of affordable housing for everyone else. If a landlord can make so much money from students, why bother with traditional renters?
Coventry boasts almost 60,000 students due to two well-regarded universities. In their first year the majority are housed on campus in halls of residence paying circa £150 per week for a bed, basin, toilet and wardrobe with shared kitchen and bathroom facilities. There are slightly more luxurious facilities marketed to richer families, often highly valued overseas students but certain facilities include 16 flats sharing 1 kitchen, 2 toilets and 2 showers/baths. In years 2 & 3 they generally move into private housing with much the same facilities but slightly better décor and shared communal areas – a living/dining room basically. For this the rents can be equally punitive – in her second year at university my daughter shared a house with 7 others each paying £450 per month. You don’t need a calculator to work out how attractive that is to private landlords and to recognise why universities have also adopted this route to raising funds.

Student farming is an industry. Universities and their associated towns/cities compete for the graduate pound. It may be one of the few growth industries left in the UK, but who’s paying for it? Someone with more time and investigative prowess can probably uncover what’s been paid out in loans over the years and how much has been recouped. I highly doubt that the British taxpayer is in credit. It is a false and fake economy creating a highly vulnerable and artificial ecosystem.
Students are a commodity and treated as such. The loan pays for some of their living expenses and the tuition fees of £9,000 per term. No-one disputes the value of education and the unbelievable worth of a great teacher but National Union of Students research indicates that £9,000 buys an average of 15 hours contact time (face to face, in class learning) per week, added to which you’re generally expected to put in approximately 16 hours independent study. An average is distorted either way and more hands-on, technical or practical degrees will skew the figures whilst the academic degrees could have as little as 5-6 contact hours per week.
As with many things the pandemic has brought a lot of this into question and indicated the vulnerability of the system. If most of the learning can be done remotely then many things change. Class sizes are no longer an issue, we can all study at Cambridge, Oxford, Durham, Edinburgh, Warwick or be taught by the world’s leading experts in their field. We could all gain a wider understanding of a subject and its connections into real life, through lessons and interactive online collaboration. There’s no argument that this is equal to or better than face to face learning and interaction, but it is a viable alternative, and one which conceivably could be accomplished in a shorter timeframe than the usual 3-year course.
As to why the system exists in this way and successive governments support it, there is an easy explanation: people in education are not registered on the unemployment figures. In theory we’re creating an asset rather than a burden. The burden sadly is placed upon the student who, on average, leaves Uni with a debt of £50,000. This heightens a sense of inequality and imposes a division between generations, leaving a significant weight upon their shoulders. What a great way to start your working career and encourage your integration into society.
I recognise that uni life is about more than book-learning, that it enhances independence and develops social skills. There are other ways to do this, for example students could be engaged more in the communities that they are situated in – voluntary work, tackling real issues. There’s no encouragement to do this when you’re paying so heavily for the ‘learning’ experience.
The pandemic is wreaking many changes across the world. If we were re-thinking education today, would we do it the same way? Couldn’t it be better? Are we encouraging real, life-long love of learning? Are we enabling genuine skills that are of great value to society, or are we just perpetuating a commodity cash cow and manipulating statistics for no real benefit?
The effects of student debt are more widely reported in the USA, but the same crisis is imminent here. It is very clearly a false economy.  Successive governments have just kicked the can down the road, trying to ensure that the deficit doesn’t show on their balance sheet. We are continually thinking small and short-term, a university education should be more than that. 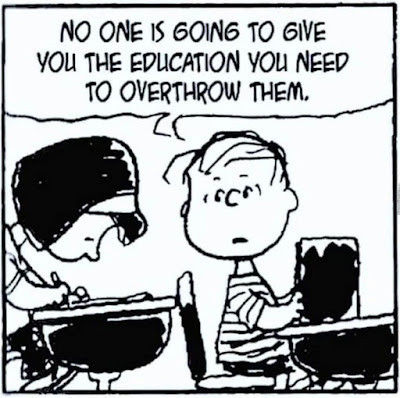